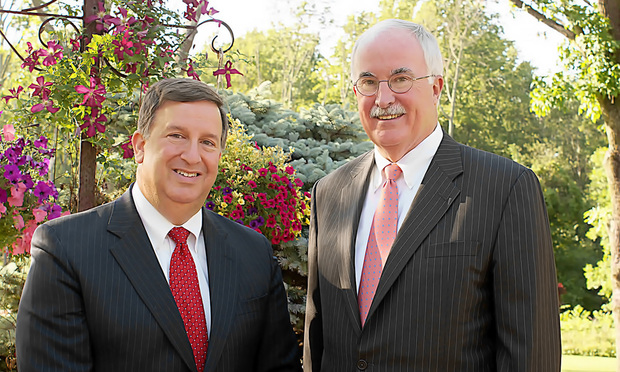 At its annual awards ceremony on June 14, 2018, the Association of the Federal Bar of New Jersey awarded Judge Michael A. Chagares of the U.S. Court of Appeals for the Third Circuit the William J. Brennan Jr. Award. The event, at Mayfair Farms in West Orange, was attended by some 475 members of the federal bench and bar, according to the association. The award is named for Justice Brennan, one of only four U.S. Supreme Court justices hailing from New Jersey.

The association swore in new president William T. Reilly and new trustees, as well as its newest officer, Victor A. Afanador of Lite DePalma Greenberg, as treasurer. (Other current officers are: Edward T. Kole, president-elect; Kerri E. Chewning, first vice president; Elizabeth J. Sher, second vice president; Ricardo Solano Jr., secretary; and Sabrina G. Comizzoli, immediate past president.) The association issued other scholarships and honors at the event, including the inaugural Whipple Award for Service to Virginia “Ginny” Whipple Berkner, who is set to retire in July after 22 years as the association’s executive director. The award is named after Berkner’s father, Judge Lawrence A. Whipple, who was chief judge of the U.S. District Court for the District of New Jersey and a founding member of the association. Comizzoli introduced the evening’s program and asked members to encourage civility and advocate for more resources for the court system, according to an association release.

This excerpt appeared in NJLJ’s “After Hours” on July 19, 2018, written by David Gialanella.