In 1971, the AFBNJ was launched through the efforts of distinguished attorneys and leaders of the bar, such as then-U.S. Attorney Herbert J. Stern; members of the private bar, such as Donald Robinson, and former Judge Anthony Augelli; and Assistant U.S. Attorneys, such as Jonathan L. Goldstein (later, U.S. Attorney from 1974 to 1977), Bruce I. Goldstein (no relation), Richard Shapiro, Garrett E. Brown, Jr., John W. Bissell, and John J. Barry.

Our founders recognized a need for judges, attorneys in the private bar, and federal law enforcement attorneys to be able to work together. Enhancing and strengthening professional relationships among these professionals with assistance and training was our founders’ goal.

The need for such an association in our District was patent, given massive expansion in federal civil and criminal litigation in the 1960s. In addition to enhancing comity in the District, the AFBNJ was created to respond to the needs of the burgeoning district court docket and its growing cadre of practitioners.

New Jersey’s federal bench and bar were distinguished prior to the 1960s, although they were not yet the active New Jersey federal judiciary and bar we know today.

In 1789, The Judiciary Act organized New Jersey as one judicial district, and authorized a lone judgeship for the U.S. District Court. Later that year, David Brearley, our first district judge, admitted 22 men to practice before the district court. Robert Morris succeeded Judge Brearley and became our second district judge in 1790, occupying the bench until his 1815 death.

By 1800, some 50 practitioners had been sworn in to either district or circuit courts for the District. Some of those early members of the bar included surnames we now see in New Jersey cities and counties: Senator William Paterson, one of the signers of the U.S. Constitution, second governor of New Jersey, and future Associate Justice of the U.S. Supreme Court; Richard Stockton, the first U.S. Attorney for the District of New Jersey; Chief Justice of the New Jersey Supreme Court Robert Morris, later a district court judge from 1790 to 1815; and future New Jersey Governor Joseph Bloomfield.

From the 1800s into the early 1900s, members of the federal bar handled a wide variety of cases including piracy and murder on the high seas, patent litigation, and commercial cases related to the nation’s economic development.

A second judgeship was created in the District of New Jersey in 1905, and thereafter court personnel no longer were part-time personnel. Our federal Court remained a two-court bench until 1919 when a third judgeship was added. Then, in 1923, a fourth, temporary, judgeship was added to cope with the Eighteenth Amendment (Prohibition).

Until the mid 1950s the U.S. Attorney was the lone part time employee in the District, while, by 1954, Congress had approved seven district court judges in New Jersey.

A Chronology of Judgeships Authorized in The District of New Jersey: www.fjc.gov/history/home.nsf/page/courts_district_nj.html 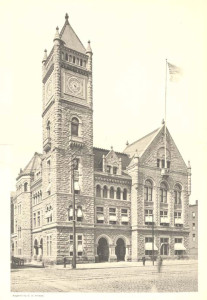 The ’60s brought tremendous changes to both civil and criminal federal practice in the courts. President Lyndon B. Johnson’s “Great Society” programs expanded federal agencies and the scope of their activities.

A more active Government role in economic and social affairs of the 1960s resulted in the expansion of federal law and consequent expansion of the federal civil docket. On the criminal side, U.S. Attorney Frederick B. Lacey led an expansion in federal criminal prosecutions. After his appointment in 1969, Lacey led a series of prosecutions against corrupt high profile figures in politics and organized crime. When Lacey was appointed to the District Court in 1971, his U.S. Attorney successor, Herbert J. Stern, continued the expansion of federal criminal law enforcement in New Jersey.

Consequently, federal practice in New Jersey became a busy and quickly developing field, and the number of attorneys engaged in federal practice grew dramatically. As a result, a bar association was needed to help attorneys keep abreast of the changes in federal law and to foster open communication with federal judges and court administrators.

The judiciary took the lead in organizing conferences for the bench and bar in the 1950s. The Third Circuit, for example, had been hosting annual Circuit Conferences.

Similarly, federal practitioners in New Jersey hoped to create a new association for District of New Jersey court practitioners. Stern broached the new bar association idea with the Federal Bar Association’s Newark Chapter (“Newark FBA”), an association of mostly government attorneys, with small membership and few opportunities for interaction between the bench and bar. That Newark chapter frequently was overshadowed by federal bar organizations in New York and Philadelphia.

Stern was elected Newark FBA chapter president in 1971. In 1972 Donald Robinson became the second president of the chapter, which was quickly becoming more active and providing more professional activities and trainings for the bench and bar.

After Robinson was elected president, the Newark FBA grew quickly as many Assistant U.S. Attorneys joined it. But their needs and practice had little in common with other government attorneys who had originally formed the Newark FBA. 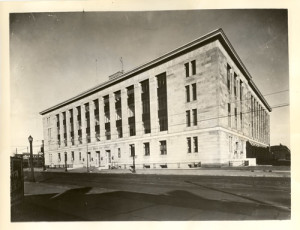 The growing pains between the FBA and the new organization ultimately resulted in the birth of a newer organization: the Association of the Federal Bar of New Jersey incorporated on January 4, 1977.

Prime movers of the new federal bar organization were former Judge Anthony Augelli (who followed Donald Robinson as president) and Jonathan Goldstein, the organization’s president in 1975. By the mid-1970s, the AFBNJ had more than 300 members, as the number and quality of its programs increased.

AFBNJ governance has remained roughly unchanged over the past four decades since President Joel D. Siegel created our by-laws that include:

Over time, several AFBNJ leaders have been nominated to the bench. Herbert Stern and Maryanne Trump Barry became district court judges in 1973 and 1983, respectively. Indeed Trump Barry was elevated to the bench while she was serving as AFBNJ president. Founding members John W. Bissell and Garrett E. Brown, Jr., were nominated to the federal district court in 1982 and 1985, respectively. Both served as Chief Judge of the District (Judge Bissell first from 2001 to 2005, and Judge Brown from 2005 until 2012).

Annually and Throughout the Year

Today, the District Court, with its approximately 22 district court judges and 13 magistrate judges, handles one of the busiest dockets in the country with approximately 8,500 civil filings and 900 criminal filings per year.

Among AFBNJ events connecting the federal bench and bar in our District, and educating attorneys are:

We Are The Voice of New Jersey’s Federal Bar

Now in our 49th year, the AFBNJ is proud to be the voice of the federal bar in New Jersey, a district with distinguished judges and lawyers who freely and courteously share their views on matters of federal practice.